A Girls Versus Boys World

Please do not get me wrong.

I am all about equality and girls having the same opportunities as boys.

But I have a baby boy and I am looking at the world that is revolving around us and it seems to be primarily geared towards girls.

I worry about my son and what he may grow up to think/feel.

Will he feel as though only girls are allowed to wear pink and not boys?

Will he feel as though only a woman can do manly things, but a man cannot do womanly things without giving the impression that he maybe gay?

When did this all go wrong?

Hear me out because I know some of my readers are already saying, “Angela, you’re being ridiculous! Men have ruled the world for ages and now that a woman has a chance, you have something to say about it!”

Well, the only thing that I truly have to say about the matter is, “where is the equality in this?”

My son and I watch the Disney station.

We love Disney, so do not get me wrong! 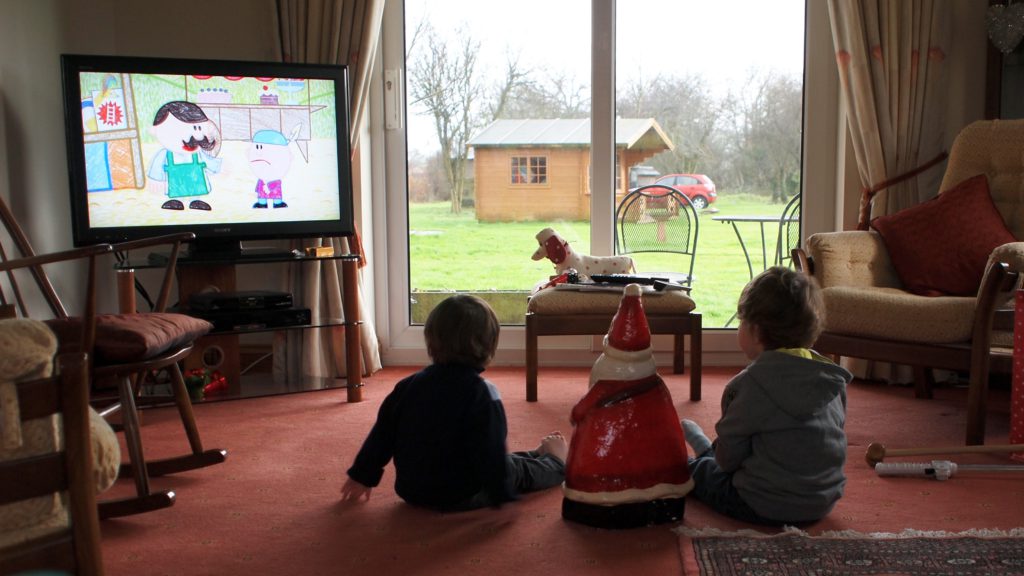 But, what is concerning me, is the commercials for girls and how they show how a girl can be a “princess” and do whatever she feels like.

What does that say to my son?

Why are there not commercials for boys that show how a boy can grow up to be a “prince” if he wants to and to do what he feels he would like to do?

There have been other commercials with other companies that support girls and their self-esteem.

What about boys and their self-esteem?

As I sit and watch the previews for the new TV shows coming out this fall, I noticed that the main characters are women and that they seem to be more powerful than their male partners/sidekicks and that they always seem to “save the day.”

Sure! No problem! Have more shows like this! But, please, continue to have some shows where the male characters are seen as heros, as well.

The children’s shows that my son watches all have female lead characters and the male characters are often made to seem “dumb.”

Are we now saying that only women can be leaders and men are just their stomping ground?

I understand that women may feel angry because they have been treated so poorly by men for thousands of years, but we are not helping our future generations of children who are taking the brunt of this “behind the scenes” anger movement.

Baby boys are just as precious as baby girls. 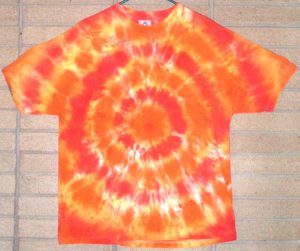 You never want to go clothes shopping for my son with me! Ever! Nope! You don’t!

Because all I do, as I roam up and down the isles, is complain about how boys clothes have all dull colors and girls clothing has every color imaginable!

My son’s clothes are primarily greys, blues, browns and blacks.

Once in great while, I will find an orange or a turquoise, but that is about it.

A girl can wear any color imaginable!

Pinks, blues, purples, peach, red, burgundy, white, brown, green….you name it, they got it! For girls….

What does this tell my son?

That he is only allowed to sport dark/dull colors while a girl can fashion any color she wishes?

Also, how is it okay that a girl can wear the color blue (which is supposed to be a boy color), but a boy cannot wear pink without being called gay?

How is this fair?

Now, I have been known to cruise up and down the girls section and try to find clothes for my son in different colors that, hopefully, do not make him look too feminine, but give him just as much of a color opportunity as a girl – but I get looks from other people, believe it or not!

Also, have we noticed the writings that we are putting on the differences in clothing? 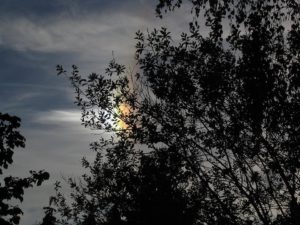 Boys has writings on shirts that say, “Troublemaker” and “Mommy’s Monster.”

Automatically, we are labeling our children as either troublemakers or little angels.

The problem with this is, boys are more often labeled through clothing as troublemakers and girls as angels.

Now, what does this tell my son? Who is mostly a very good-natured, kind-hearted little boy?

Nothing gets me more wound up than when I read a shirt that has a nasty saying on it to reflect the assumed nature of a boy and no other shirts with kinder sayings to reflect the goodness of my son!

My friend has a little girl the same age as my son.

I am very open to my son playing with any toys that he wants – girls or boys.

I think that, by him playing with dolls with my friend’s daughter, it helps to nurture the caring/loving side of him.

I will never forget the one day that my friend and I were in the store together looking at toys for Christmas for the kids.

She asked me what my son wanted for Christmas because she was trying to get some ideas on what to get him.

I pointed out a larger Barbie car that he really loved the last time we were in the store.

She immediately snapped and said, “I’m not buying him a girls toy!”

But if her daughter wanted a toy truck, THAT would be okay?

I never started an argument with her or anything. I was just so taken aback and hurt by her response that I did not end up saying anything at all!

So, girls can play with boys toys, but boys cannot play with girls toys, huh? 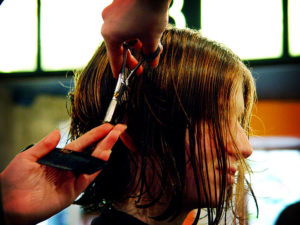 My son has a little bit longer hair and it is curly. I put bobby pins in to pull the extras away from his face.

Everywhere we go, people think that he is a girl!

Even though he is wearing boys clothing! (Dull blues, browns and greys, remember?)

Because it is common to see a girl in boys clothing more so than a boy in girls clothing.

So, between the longer hair and the assumption that he is a girl in boys type clothing (which is okay in our society, right?), they automatically see a girl!

It doesn’t bother me – but it bothers other people around me.

“Why don’t you cut his hair?” say friends and family.

No! I love his hair! And just because he is a boy does not mean that he can not have a little bit longer hair!

Now, if a girl had really short hair, we would not think anything of it, right?

Why can a girl have a boy’s cut, but a boy cannot have a girl’s length?

Makes no sense to me….

My friend’s daughter is into dance classes. She also has her in a tot’s soccer.

I have thought about dance classes for my son because he loves when mama dances around the house with him! And he is very active!

“He should do soccer or t-ball instead,” say friends and family. 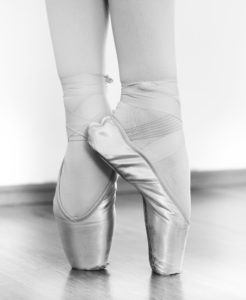 Why can’t my son take a dance class?

Girls are seen on soccer fields, baseball fields and football fields all of the time now and people do not bulk about that!

Why would there be a problem if a boy wanted to join a girl-dictated activity?

I noticed recently that there is a gym in our area that is strictly for females.

Now, if men had a gym that was strictly for men, it would not be long before a female would press for a movement where women would be allowed to join that gym!

What is going on here?

Why is it that our boys are being pushed aside so abruptly and our girls are cleared a path to anything they like?

What does this tell our young men? 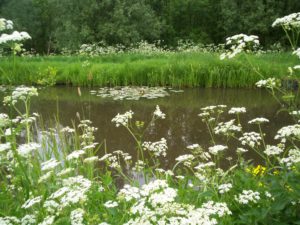 How I Raise My Son

I had a will made not too long ago and I am not real happy with it.

Because I cannot find anyone to declare as his full guardian who would raise my son the way that I would raise him if I were to pass.

I want my son to grow up knowing that it is okay to have long or short hair – whichever he chooses.

The people around me would cut his hair and teach him that boys can only have short hair.

I want my son to grow up knowing that it is okay to play with girls toys or boys toys. Whatever he likes!

The people around me would purchase him and encourage him only to play with boy-declared toys, such as toy workbenches and cars.

I want my son to grow up knowing that he can wear and even chose any color that he would like!

The people around me would encourage him to stick with whatever colors society dictates are boy-determined.

I want my son to grow up knowing that he can become anything he would like to be! He can be a nurse or a stay-at-home parent or a secretary (excuse me, I think they are called office assistants nowadays).

The people around me would push him to go into a career that only men typically do, but would not bulk if a woman was also a construction worker at his place of work.

My house is full of different colored toys and a variety of toys!

I buy him pink and purple balls for his little ball pit!

He has a toy baby doll with all of the toy food and bottles and diaper bag! 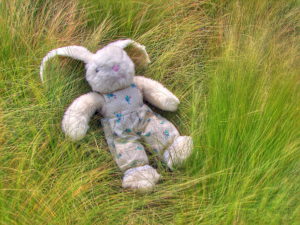 He has Minnie and Daisy toys as much as he has Mickey and Donald Duck toys!

My son enjoys playing with cars as much as he enjoys dressing up with necklaces, hats and pink sunglasses!

If he chooses a pink cupcake at the bakery counter, I buy it for him!

I don’t stand there and tell him that only his friend can have that and he has to have a blue one!

I want my son to be well-rounded. To not be locked into a box for the rest of his life.

Is that too much to ask in a guardian for my son?

Well, unfortunately, I guess it is….

Millions of people to read it.

Some people will be mad at me about it…well, okay.

I would like to see boys having all of the same color options in clothing/toys/etc. as girls because isn’t it only fair that we all – regardless of gender – share in the color spectrum as much as anyone else?

Did God dictate that only boys wear blue and only girls wear pink?

No. Our society did. 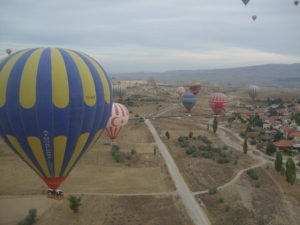 God made a variety of colors for us all to share!

I would like to see commercials and ads for boys that help to encourage them to grow up with an “I can do anything” mindset just as much as these ads are encouraging our girls.

I would like to see TV shows, movies and channels start to take such a one-way focus off of girls and start a two-way focus on boys and girls… TV shows with male leads as much as female leads.

Activities should involve and encourage boys just as much as girls.

Mostly, I would really hope that my readers give their own children a well-rounded opportunity at everything wonderful and possible in this world!

Go out and pick out all different colors!

Read up with your child about all of the different career choices and activities out there and encourage the desire that lies within your child’s heart!

Regardless of gender, your child is a person.

One who deserves just as many opportunities as anyone else!

May God Bless You.