A Love/Hate Relationship with Car Seats 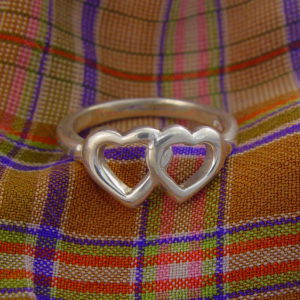 My child’s car seat is probably pulling petals off of a flower stem right now as we speak and saying, “This crazy mama loves me….she loves me not.”

I’m sorry to say it, but, as much as I love the safety of my child’s car seat, I hate it!

And I am quite certain all of you car-seat safety buffs out there do not like reading that, but you have got to hear me out!

I know that I am not the only other parent out there that feels this way.

I do not believe that parents speak up enough because they are afraid of being seen as a parent that does not care about their child’s safety.

So, they just go along with the flow.

They go along with what society tells them is the safest method at the time and they don’t jingle any chains about the implementation of the safety device because they are afraid of being criticized for it.

I am hopeful that, after some wonderful car seat engineer out there hears my concerns as a parent that uses a car seat daily, that they will look to find ways to truly make car seat installation and use better for all parents out there!

I do love the safety of a car seat.

Car seats were not a “thing” in my day.

And I hear horror stories from my parents about how their parents would simply cram all seven kids into the backseat of a car.

Or the front – despite their age.

The only seatbelt used would be a mother’s arm whipping out to the side to block her child from going through the window if she had to slam on the breaks real quick.

To this day, even though I am buckled into the front passenger seat, my relatives still whip their arm out in front of me when they have to stop suddenly!

That was the “seatbelt.”

My uncle tells me of how he got burned by his mother’s cigarette this way!

She was smoking while driving and whipped her arm out in front of him when she had to suddenly break and burned him with the cigarette by accident!

Believe it or not, that wasn’t that long ago.

Back then, children died in car accidents all of the time because, not only were child safety restraints not commonly used, but cars were made of steel (not plastic, like today) and children could easily get concussions if their head hit the dashboard!

Today, we are far more conscious of the safety of children and families riding in vehicles.

Cars are made of plastic and have seat belts that are law now to be using.

They have air bags to prevent such injuries.

Car safety is also thoroughly tested prior to being placed on the market.

Car seats are also required now in order to protect the safety of young children.

They protect my child from being seriously injured in a car accident! 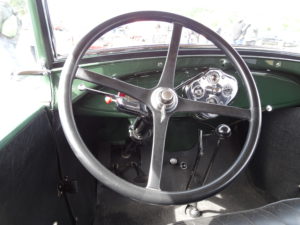 Can’t we please create car seats that are truly fast and easy and accurately installed to install?

Don’t hand me a 200 page manual and tell me to read the whole thing before installing it and then make it impossible to understand the instructions!

I have spent hours trying to properly install a car seat and I never do it right.

I don’t think that anyone really does.

That is why it is really important that you take it to your local fire department to have it inspected to make certain that it is installed properly.

That’s all I am going to say about that.

I love that the car seats come with cup holders.

My son uses them to hold a variety of things – not just his bottle.

When I was driving and he did not want to hold an item anymore, he would hand it towards me and say, “Ah aww done” (“I’m all done”).

I just tell him that that is fine and to put it in his cup holder.

And that is that.

He does and we are all set. 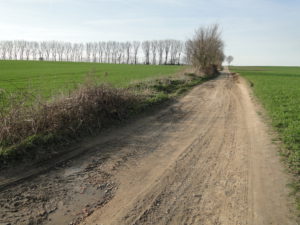 The second biggest nightmare I have recently encountered with my son’s car seat is when his diaper leaked and urine ended up soaked into the material of his car seat!

We had been out late on an outing and did not return home until 1am.

Of course, my exhaustion did not help with my poor attitude on this.

I called my sister to find out how to clean the car seat because I could not fully comprehend the instructions as to how to take the material off to wash it.

My sister told me that I was about to brink on a journey to absolute hell!

Her daughter had vomited in hers, a few months back, and it took my sister and a friend of hers to, not only figure out how to tear apart the material so that she could wash it, but also to figure out how to put it back together on the car seat correctly!

My sister told me that they had to “Google” it.

And it took them hours!

She started telling me over the phone how to take it apart, but I got half way through and realized that it was going to be a nearly impossible task and said, “screw it” (I said a few other words, too, that are not so nice to say!).

I took some Dawn Antibacterial Dishsoap and a squirt bottle of water and scrubbed the damn thing!

Then, I sprinkled with baking soda to help take out the odor.

Then, I scrubbed some more!

I left the car seat out to air dry and hoped for the best.

It worked enough for me, I guess.

Not as clean as I would like to have gotten it because I couldn’t take the material off to wash it appropriately, but it would do.

My point is, is that, there is no reason on the face of this earth to make it so incredibly difficult to take the material off of a car seat so that you can throw it into the wash.

It is a child car seat.

Children have pee pee accidents, poo poo accidents and they throw up.

In their car seat.

How come car seat creators cannot come up with a truly fast and easy way to rip the material off and stick it back on so that a parent can clean up appropriately after such messes?

We have sent people to the moon.

Why can’t we create such a car seat?

My child actually likes sitting in his car seat.

In fact, when he was old enough, he told me that he no longer wanted me to pick him up and put him in it.

He wanted to climb into it.

So, now he climbs right in on his own.

Then, he wanted to buckle the top buckle on his own.

(Don’t worry, safety car buffs, I double check it every time to make certain it is buckled and positioned correctly!)

Now, he climbs in and buckles the top buckle on his own.

I believe it makes him feel safe when he is riding because it sort of encompasses his entire little body, almost like a blanket.

And his satisfaction is important to me!

Ok, so research has shown that rear-facing is the safest way to place an infant into a vehicle.

But I still have concerns about this.

When my son was an infant and I had to place him in his car seat rear-facing, we had some challenges.

The first challenge was that I could not see him.

If he had choked on something that he could have, somehow, gotten ahold of or stopped breathing for some other odd reason, I wouldn’t know it.

Yeah, they sell mirrors, but my vehicle is older and I could never find a mirror that appropriately fit so that I could see him.

What really raised the hairs on my head was when it was ninety-some degrees out in the summer time and I had to put him in a boiling car seat with him facing the rear window where the sun came in!

It did not matter how long I let the car cool down with the air conditioning before picking him up from daycare.

The car seat, itself, never cooled down enough.

My son would scream the whole way home.

I finally had enough of it and I called the car seat company.

The only thing they could recite to me was that research shows that being placed rear-facing was the safest way to travel.

But what about the possibility of my son dying of a heat-stroke in the backseat while I am driving home?

I could not imagine for families who have older vehicles that do not even have air conditioning!

All of these horrifying stories recently of children dying in the backseat of cars….

And parents “forgetting” about them.

I don’t know about you, but I could never “forget” my child in the car.

Unless a parent is mentally ill or under another influence, I do not believe that this is possible for most parents.

I really wonder how much of it is the child dying because of the heat-entrapment of some car seats and parents being blamed for it.

All I know is what I experienced with my son this way.

That phone call to the car seat company was made two years ago and I was informed that my concern would be taken to the appropriate department.

I have, yet, to hear anything being done about this issue.

Hope for the Car Seat Weary

Despite my complaining, there are some good car seats out there!

And no one can deny the ultimate safety of them if you were to ever, God forbid, end up in a horrible car accident!

PishposhBaby has some nice car seats (that you may not find in your local stores) that seem to have some great updates to them!

Some advertise, not only top safety standards, but easy-to-clean features for mamas like me!

They also have some great car accessories that can help make life better for us working parents!

And prices are reasonable! That’s always a plus for this mama!

If you would like to see what they have, check them out here! 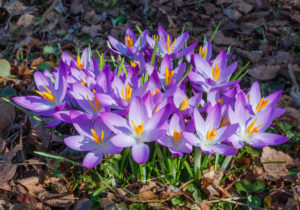 So, I suppose, the final question here, is….

Could I ever truly fall in love with my child’s car seat?

I want to love it the way that society promotes the awesomeness of it.

I want to love it the way that society makes it clear that we should love it.

But my heart is just not there yet.

What I am waiting for is a truly terrific car seat engineer to come up with a car seat that addresses these issues and makes them as wonderful as these TV commercials claim them to be.

I will never deny my love for the safety behind them.

I just wish that my child’s car seat would chip in on its share of the relationship and help me to clean up our child’s messes and comfort our child when he is crying because he is too hot.

Maybe we need to attend some counseling sessions, my son’s car seat and I.

Maybe I need to divorce my child’s car seat and search for another one – a better one – with some “online dating” through Pishposh Baby!

Either way, I will always be grateful for the safety that it tries to provide for my son.

May God Bless You and Your Family!