Artifical Insemination and Choosing to Have a Baby On My Own 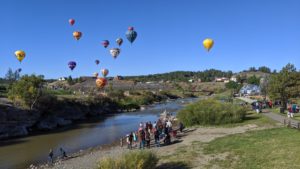 Ever since I was a little girl, I wanted to be a mommy.

I did not dream about becoming a firefighter or a doctor or a police officer.

I just simply wanted to be a mommy.

Fast-forward to my teenage and young adult years, and I spent my life going to school, volunteering and helping others.

I never met the right guy.

And here I was, at 34, with a Master’s Degree in Counseling, a good job working with children diagnosed with autism and my family proud of me for my educational and career accomplishments.

Great! Glad I made everyone happy.

But I, myself, was not happy.

As a matter of fact, I was down-right depressed.

Higher education and a career was actually something I never wanted.

It was something my family wanted for me.

I pursued it because I wanted to make them happy.

Deep down,  I just wanted to be a stay-at-home mommy and dedicate myself to raising as many beautiful babies as the Good Lord would give me.

“You gotta marry a rich guy for that to happen!” said my dad, when I mentioned it.

But it just never worked out for me to find the right guy.

And I was nearing 40 with medical complications that would cause even more barriers to having a child.

My best friend was in her mid-50’s and the one thing that she would always share with me was how she so desperately had wanted children.

She had been married and divorced, but never found another love again to have children with. 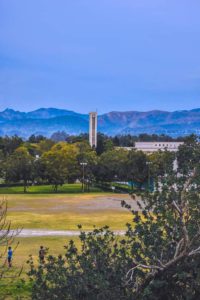 Now, it was too late and she would never have that opportunity again.

I have a couple of aunts who also should have been mothers and it never happened for them, either.

Could I imagine myself at 50 or 60 or 70 and looking back on my life – supposing to feel “accomplished” as a single, career woman who would dedicate her life to society, but society turning a nose up at her when it came to taking care of her when she was crippled and in a wheelchair?

The thought made me want to jump off of a cliff.

With much support from my mid-50-year-old friend, I started looking into artificial insemination as a way to become a mommy.

“Well, the truth is,” the specialist told me during a consultation in his office, “given your age and your medical complications, you have a very slim chance of becoming pregnant.”

I left his office, sobbing – angry with myself for letting my family push me into spending my life going to college just to be an accomplished “degree getter” and working full-time and volunteering my life away to anyone who needed my help.

Now, here I was….about to be alone in life. And childless.

If I didn’t at least try to have a baby – no matter the cost – I was going to end my life. Period.

Yes, I was that depressed.

So, all by myself, I jumped in.

I went to all of the required, nerve-racking testing and appointments that you have to go through – all by myself.

I went through the list of donors and tried to make the best choice of a father – all by myself.

I went through the actual artificial insemination procedure (which was surprisingly the easiest, most painless part of the entire process) – all by myself.

I sat on the toilet and sobbed month after month looking at negative pregnancy testing sticks – all by myself.

Finally, when I decided that, after a year-and-a-half of trying and completely broken down by the disappointment and the probable truth of what the doctor said, I decided to give up.

I started setting my sights on possibly adopting a child.

But I did allow myself one more time of trying.

2 weeks later, I ended up with the worst back pain!

Something told me to take a pregnancy test and, to my surprise, I was actually pregnant! 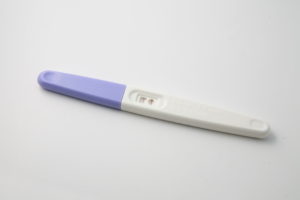 I called my mid-50-year-old friend and sent her a picture of the positive pregnancy test and said, “I’m pregnant!”

She was thrilled for me and told me how brave I was!

Which made me feel extra good!

My joy didn’t last too long, though, as telling my family was an absolute nightmare!

They were not supportive at all.

So I spent much of my pregnancy in tears.

I didn’t regret what I did, but I was upset that it was seen as such taboo.

“How are you going to raise a child on your own?!” I would get from a relative.

“You are supposed to marry and then have babies!” My old-school father would say.

The only support I received was through my colleagues at work. They were over the moon for me and always asking how I was doing and if I needed anything.

And then came the horrible thoughts of going through labor and delivery all on my own and caring for a little one all on my own.

I cannot tell you how much sleep I actually lost over this.

The fear that I had!

But everything works out in ways that you would not expect….

God gave me this precious little baby, so why wouldn’t He put in the supports that I needed?

Nine months later, after believing I would have to go into labor and delivery myself, an unexpected friend of my sister’s came to the hospital and actually suited up and went into the surgical room with me, as I ended up having to have an emergency c-section.

She was the first one to hold my beautiful baby boy!

And my father, out of all people, who had cursed me for getting pregnant on my own, was actually the one who became my biggest supporter.

Helping me care for the baby when I went through a serious case of post-partum depression (We’ll save that story for another time!) and teaching me how to love my son.

Yes, as much experience as I had with children and my desire to be a mommy, I had to learn through him how to love and care for my son.

Simple things, such as, not being so uptight when my baby cried and playing with my baby in order to settle him down.

But, as time went on, I fell in love with my baby and knew that it was the absolute best choice I had ever made for myself and I was so grateful that, despite the grim outlook for me to conceive, God made it possible!

When my son was 2 and a half years old, I realized that I wanted to give him a sibling to grow up with. 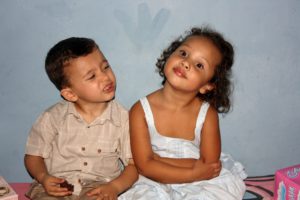 So, again, using the same donor, I went through the entire process again.

This time, however, I planned on not getting pregnant because now I was almost 40 and I knew my chances were slimmer.

But I wanted to be able to look back and tell my son that I did, indeed, at least try to give him a sibling.

“You have less than a 3% chance” said the doctor.

I kind of expected to hear that.

Going for it anyway.

that, this time, I became pregnant after the very first try?

Again, my family cursed my decision.

Of course, it was horrible timing because I had been laid off from work and was trying to hold on to our house.

Before I tried, I had gotten a new job, but it fell through the week before I found out I was pregnant.

And, again, I spent those 9 months crying because I knew that they thought so ill of me.

But I was so happy, too, because my son would have a little brother or sister to grow up with!

I gave birth to a beautiful baby girl just 2 weeks before the pandemic broke out.

And my son….so incredibly excited about “our” baby….

He hugs us both tight every morning and says, “We are best friends forever and ever!”

And always gives his little sister a kiss on the head!

I have never felt so much love in my life and I cannot think of a greater kind of love than that of a child!

A lot of people have asked me, “Don’t you want a man in your life? To help you with your kids?”

And I say, “Nope! Absolutely not!”

Because I love our little family, just as it is.

And the only “man” I need is the Good Lord upstairs!

He is the One who gave me two beautiful babies when the odds were against me to even have one.

And He has made certain that we have had everything we needed, even when times were tough. 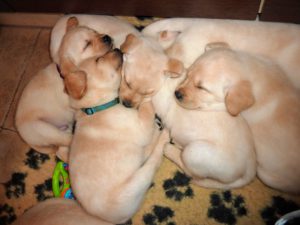 And I am forever indebted to Him.

I already have the only partner I will ever really need in life.

May God Bless You!

And give you the courage to seek the true happiness you’ve always wanted.